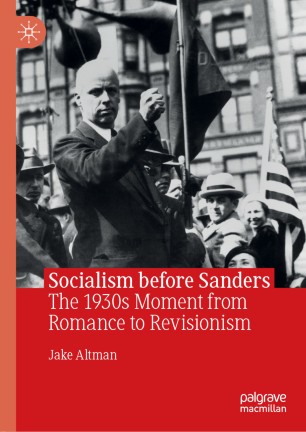 The 1930s Moment from Romance to Revisionism

The early years of the twentieth century are often thought of as socialism’s first heyday in the United States, when the Socialist Party won elections across the country and Eugene Debs ran for president from a prison cell, winning more than 900,000 votes. Less well-known is the socialist revival of the 1930s. Radicalized by the contradiction of crushing poverty and unimaginable wealth that existed side by side during the Great Depression, socialists built institutions, organized the unemployed, extended aid to the labor movement, developed local political movements, and built networks that would remain active in the struggle against injustice throughout the twentieth century. Jake Altman brings this overlooked moment in the history of the American left into focus, highlighting the leadership of women, the development of the Highlander Folk School and Soviet House, and the shift from revolutionary rhetoric to pragmatic reform by the close of the decade. As another socialist revival takes shape today, this book lays the groundwork for a more nuanced history of the movement in the United States.

Jake Altman is active in the trade union movement. He holds a PhD in history from the University of Iowa and currently works for a chapter of the American Association of University Professors.