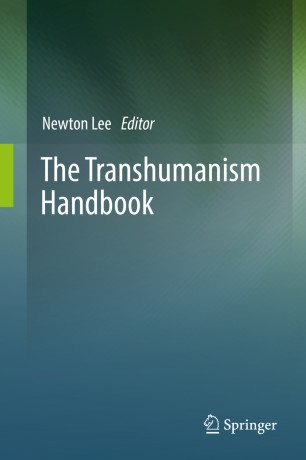 Modern humanity with some 5,000 years of recorded history has been experiencing growing pains, with no end in sight. It is high time for humanity to grow up and to transcend itself by embracing transhumanism.

Transhumanism offers the most inclusive ideology for all ethnicities and races, the religious and the atheists, conservatives and liberals, the young and the old regardless of socioeconomic status, gender identity, or any other individual qualities. This book expounds on contemporary views and practical advice from more than 70 transhumanists.

Astronaut Neil Armstrong said on the Apollo 11 moon landing in 1969, “One small step for a man, one giant leap for mankind.” Transhumanism is the next logical step in the evolution of humankind, and it is the existential solution to the long-term survival of the human race.

Newton Lee is an author, educator, and futurist. He was the founder of Disney Online Technology Forum, creator of AT&T Bell Labs' first-ever commercial artificial intelligence tool, inventor of the world's first annotated multimedia OPAC for the U.S. National Agricultural Library, and longest serving editor-in-chief in the history of the Association for Computing Machinery for its publication Computers in Entertainment (2003–2018).

Lee is the chairman of the California Transhumanist Party, education and media advisor to the United States Transhumanist Party, and president of the 501(c)(3) nonprofit Institute for Education, Research, and Scholarships. He graduated Summa Cum Laude from Virginia Tech with a B.S. and M.S. degree in Computer Science, and he earned a perfect GPA from Vincennes University with an A.S. degree in Electrical Engineering and an honorary doctorate in Computer Science. He has been honored with a Michigan Leading Edge Technologies Award, two community development awards from the California Junior Chamber of Commerce, and four volunteer project leadership awards from The Walt Disney Company.