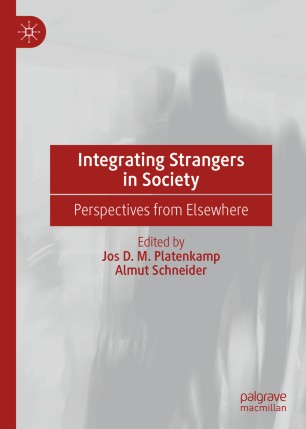 “The essays presented break a new path in the human sciences: there is not much written on the issue in focus and this perspective before. There may be bits here and there in introductory books on anthropological fieldwork, but I know of nothing that can compare with this new endeavor. This text offers an 'inverted anthropology' where what is foreign is an anthropologist coming in from abroad. This experience of acceptance of a stranger is made relevant for the more conventional debates on immigrant foreigners in various Western societies.”
—Göran Aijmer, Professor at the Gothenburg Research Institute, University of Gothenbburg, Sweden

“This book is absolutely timely, and quite unique in 'exoticizing' a debate that seems to be homemade in Europe and North America but, as the co-editors and authors show, is universal.”
—Andre Gingrich, Director of the Institute for Social Anthropology, Austrian Academy of Sciences, Austria

This book provides a uniquely positioned contribution to the current debates on the integration of immigrants in Europe. Twelve social anthropologists—“strangers by vocation”—reflect upon how they were taken in by those they studied over the course of their long-term fieldwork. The societies concerned are Sinti (northern Italy), Inuit (Canadian Arctic), Kanak (New Caledonia), Māori (New Zealand), Lanten (Laos), Tobelo and Tanebar-Evav (Indonesia), Banyoro (Uganda), Gawigl and Siassi (Papua New Guinea) and a township in Odisha (India). A comparative analysis of these reflexive, ethnographic accounts reveals as yet underrepresented, non-European perspectives on the issue of integrating strangers, enabling the reader to identify and reflect upon the uniquely Western ideals and values that currently dominate such discourse.

Jos D. M. Platenkamp is Professor of Social Anthropology in the Institute of Ethnology at the University of Münster, Germany.

Almut Schneider is Associate Researcher in the Department of Social and Cultural Anthropology at the Goethe University Frankfurt, Germany.