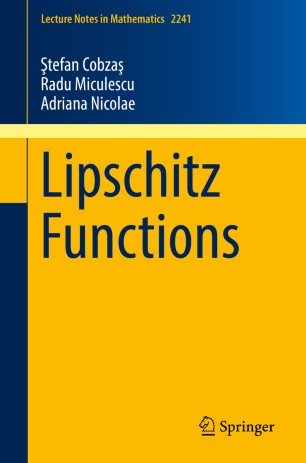 Stefan Cobzas is Emeritus Professor at the Babes-Bolyai University, Department of Mathematics, Cluj-Napoca, Romania. He graduated from the same university in 1968 and obtained a Ph.D. in 1979. His scientific interests concern mainly applied functional analysis -- optimization and best approximation in Banach spaces. In the last years he worked on some problems in asymmetric functional analysis and published several papers and a book (in the series Frontiers in Mathematics, Birkhauser-Springer, 2013) on this topic.
Radu Miculescu is Professor at Transilvania University of Brasov, Romania. He graduated from Bucharest University, Romania, in 1992 and obtained his Ph.D in 1999 from the same university with a thesis concerning Lipschitz functions. In the last period his scientific interest includes Hutchinson-Barnsley fractals.
Adriana Nicolae is Associate Professor at the Babes-Bolyai University, Department of Mathematics, Cluj-Napoca, Romania. She graduated in 2007 from the same university and focused during her Ph.D. on various aspects in metric fixed point and best approximation theory mainly in the setting of geodesic metric spaces. In the last years she also addressed problems in areas such as geometry and analysis in metric spaces, optimization, or proof mining.

“The book is accessible to graduate students, but it also contains recent results of interest to researchers in various domains as metric geometry, mathematical analysis, and functional analysis. My opinion this book will be of interest to everyone whose domain of interest is mathematical analysis and its applications.” (Andrey Zahariev, zbMATH 1431.26002, 2020)
“This book provides a very large amount of interesting information. … it is very useful that they are brought to readers' attention.” (Mikhail Ostrovskii, Mathematical Reviews, December, 2019)
Buy options