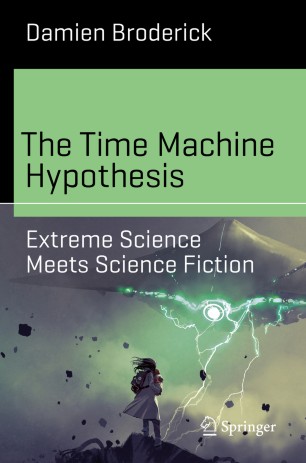 Every age has characteristic inventions that change the world. In the 19th century it was the steam engine and the train. For the 20th, electric and gasoline power, aircraft, nuclear weapons, even ventures into space. Today, the planet is awash with electronic business, chatter and virtual-reality entertainment so brilliant that the division between real and simulated is hard to discern. But one new idea from the 19th century has failed, so far, to enter reality—time travel, using machines to turn the time dimension into a two-way highway. Will it come true, as foreseen in science fiction? Might we expect visits to and from the future, sooner than from space? That is the Time Machine Hypothesis, examined here by futurist Damien Broderick, an award-winning writer and theorist of the genre of the future. Broderick homes in on the topic through the lens of science as well as fiction, exploring some fifty different time-travel scenarios and conundrums found in the science fiction literature and film.

Damien Broderick is an award-winning novelist, critic and theorist who holds a doctorate in the comparative discourse analysis of the sciences and humanities. He has published 75 books, some of them collaboratively or as editor. An Australian, he currently lives in San Antonio, Texas. His latest book is Consciousness and Science Fiction, also from Springer.

“If you have a fascination for the subject, then the book is for you. … He believes it would be favourable to a time traveller to remain detached and observe from a distance.” (John Silvester, Odyssey The e-Magazine of the British Interplanetary Society, Issue 66, 2020)

“The Time Machine Hypothesis captures the wonder that so many readers of sf feel when they first learn that scientists in the real world actually do study the possibility of time travel and that there may be something to these fantastic stories after all.” (James Hamby, Science Fiction Studies, Vol. 47, November, 2020)