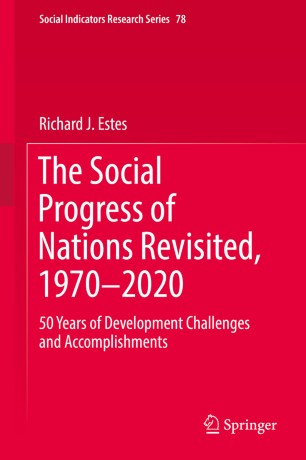 50 Years of Development Challenges and Accomplishments

This book presents a comprehensive view of the state of social progress worldwide over an entire 50-year period beginning 1970. It discusses original time-series research for the period 1970-2018 as well as contemporary trends in quality of life and well-being research for the period since 2018, and provides innovative research findings into the nature, history, and status of 160 of the world’s economically advanced and developing nations. Among the topics included are discussion of the worldwide development trends occurring with especially vulnerable population groups, such as children and youth, the elderly, women, persons with disabilities, sexual minorities, and economic migrants. Further, this book reports social indicator trends at four unit of analysis: individuals, nations, world regions, and for the world-as-a-whole.