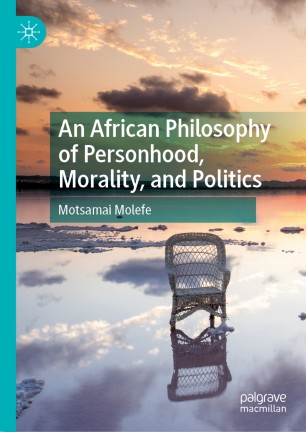 An African Philosophy of Personhood, Morality, and Politics

Motsamai Molefe lectures at the University of the Witwatersrand, Johannesburg.

“Much of the influential work in African moral and political philosophy, e.g., by Gyekye and Wiredu, has made action foundational, prescribed impartial treatment, deemed rights to be central, and argued against supererogation. In contrast, Motsamai Molefe makes virtue foundational, prescribes partiality, deems duties to be central, and argues for supererogation. Molefe’s novel positions, clearly and plausibly advanced, are welcome additions to the field.” (Thaddeus Metz, Distinguished Professor, University of Johannesburg, South Africa)
“Motsamai Molefe’s contribution to the debate on personhood is timely and refreshing. His choice to explore the normative basis of the concept is well-informed as he shows the importance of understanding the implications of this position on a number of topics that have a bearing on both ontology and political philosophy. He succeeds in outlining previously unexplored terrain in a way that demonstrates mastery of the subject and will certainly steer the debate on personhood towards a new and relevant direction.” (Bernard Matolino, Associate Professor of Philosophy, University of Kwazulu-Natal, South Africa)