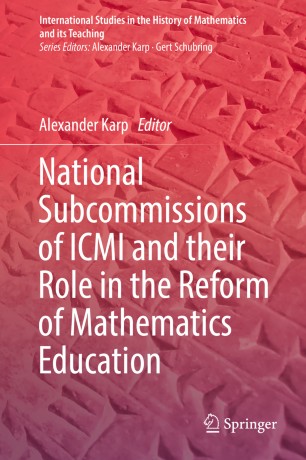 ICMI (or IMUK) was founded in 1908 and initiated the establishment of national subcommissions to launch national activities in response to the IMUK agenda and to promote the reform proposals within each member country.While ICMI’s activities were thoroughly studied, the activities of the national subcommissions are studied only very marginally. In the meantime, their work has been of major importance – both because of their role in exploring and documenting the development of mathematics education at the beginning of the 20th century, and because of the changes and new ideas which they brought to their countries. Importantly, even if some results of their activities were analyzed within their countries in the corresponding languages, almost nothing is known internationally. This book is planned to deepen our knowledge on at least some of the national subcommissions. The book will interest both researchers and others interested in mathematics education and its development.