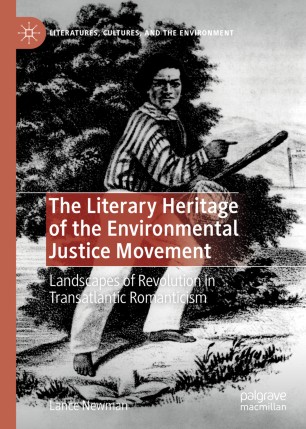 The Literary Heritage of the Environmental Justice Movement

Landscapes of Revolution in Transatlantic Romanticism

The Literary Heritage of the Environmental Justice Movement showcases environmental literature from writers who fought for women’s rights, native rights, workers’ power, and the abolition of slavery during the Romantic Era. Many Romantic texts take flight from society and enact solitary white male encounters with a feminine nature. However, the symbolic landscapes of Romanticism were often radicalized by writers like Olaudah Equiano, Frederick Douglass, William Apess, George Copway, Mary Wollstonecraft, Lydia Maria Child, John Clare, and Henry Thoreau. These authors showed how the oppression of human beings and the exploitation of nature are the twin driving forces of capitalism and colonialism. In addition to spotlighting new kinds of environmental literature, this book also reinterprets familiar texts by figures like William Blake, Nathaniel Hawthorne, Mary Shelley, William Wordsworth, and Walt Whitman, and it shows how these household figures were writing in conversation with their radical contemporaries.

Lance Newman is Dean of the School of Arts and Sciences at Westminster College in Salt Lake City, Utah, USA. He is the author of Our Common Dwelling: Henry Thoreau, Transcendentalism, and the Class Politics of Nature (Palgrave, 2005) and co-editor of Transatlantic Romanticism: An Anthology of British, American, and Canadian Literature, 1767-1867 (2006).

“This book has the potential to become an important critical touchstone … while at the same time appealing to non-academic readers and activists interested in learning about the history of our modern-day ecological crisis.” (Kevin Hutchings, author of Romantic Ecologies and Colonial Cultures in the British Atlantic World, 1770-1850 (2009))

“Have we really come to the end of nature? Has environmentalism always been divided from social justice? Before you decide, read this book.  This text rediscovers the ‘radical pastoral,’ a vibrant and diverse tradition of writers and activists from William Blake and Mary Shelley to Frederick Douglass, Lydia Maria Child, Henry Thoreau, and John Clare, who all saw in nature’s green commons an urgent call for radical social transformation. Lance Newman’s prose crackles with new ideas as he defends an Earth that generations past have nourished with their tears and their hopes. The result is an urgent call for the greening of the 21st century.” (Laura Dassow Walls, author of Henry David Thoreau: A Life (2017))