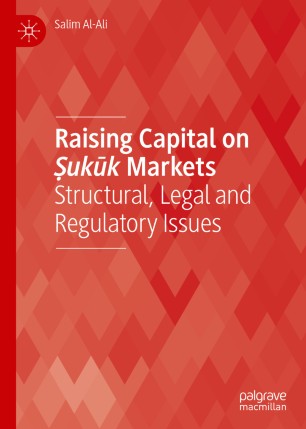 Ṣukūk markets have grown significantly worldwide since their emergence— in Islamic jurisdictions as well as conventional jurisdictions including the US, the UK, Germany, China, France and Singapore. The practices of ṣukūk markets, however, have come under close scrutiny. The legal and regulatory risks arising from the existing general legal environment and their impact on those investing and trading in ṣukūk markets has not received adequate attention. The topic of ṣukūk has been subject to extensive research and academic discussion from different perspectives, but the existing literature has not adequately addressed the issues associated with these markets. This book examines the contemporary issues encountered in the foundation and operation of ṣukūk markets by providing an in-depth discussion of the issues facing ṣukūk markets from legal and regulatory perspectives and focusing attention on how soundness can be ensured in the wider context. These issues go to the heart of what the ṣukūk market is really about, as recent debate has recognised in ṣukūk the replication of conventional bonds in ways that are considered unsatisfactory from an Islamic law point of view.

Salim Al-Ali is currently an Assistant Professor at the Collage of Law at the United Arab Emirates University (UAEU), having joined the UAEU in November 2006. He was educated at the United Kingdom, where he had received his PhD in the area of financial law from University of London. Prior he completed his Master’s in Malaysia, where he had obtained MSc in Islamic Banking and Finance from International Islamic University Malaysia. He also holds a Bachelor in Islamic Law from University of Sharjah, UAE. His research interests are primarily focused on financial law, law of Islamic finance and regulatory and legal aspects of developing Islamic financial markets.