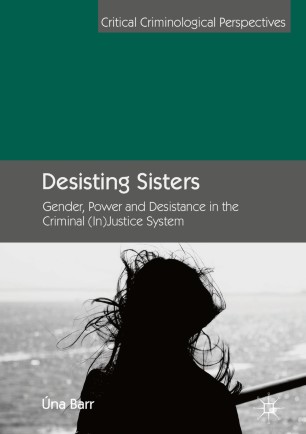 Gender, Power and Desistance in the Criminal (In)Justice System

This book provides an important, critical, feminist perspective on desistance theory and practice. It is built around 23 original, narrative interviews with women and the staff of the community projects they attended, as well as a year of observations at Northshire Women’s Centres. The book is concerned with outlining a feminist approach to desistance which recognises that the majority of women in the criminal justice system come from backgrounds of abuse, economic disadvantage and have alcohol, drug and mental health issues. The book is also be concerned with challenging the dichotomy of narratives of victimisation and survival while recognising that women have agency. In doing so, Desisting Sisters contests the neoliberal and patriarchal approach to desistance which promotes women's role as care givers and unpaid volunteer workers. Ultimately, Barr contends that women's desistance can resist neo-liberal, patriarchal constructs, much in the same way that feminist criminology has contended that women's offending more generally, often does. This book will be of particular use and interest to those studying modules on both traditional and critical criminology, criminal justice, psychology, sociology and social work courses.

Úna Barr is Lecturer in Criminology at Liverpool John Moores University, UK. She completed her PhD at the University of Central Lancashire, conducting research into the plurality of female experiences of crime, the criminal justice system and the context-specific circumstances of processes that bring about change in offending. Her primary research interests include feminism, abolitionism and desistance.

“I can highly recommend the book to my junior researcher colleagues in sociology, social work and psychology who are interested in the social and societal mechanisms of recidivism and rehabilitation: The way in which the authors combine spirited freshness with a matured sense of reality rethink rehabilitation is a valuable masterclass in how to produce relevant and responsive research.” (Cristina Vasilescu, Journal of Probation, November 4, 2019)