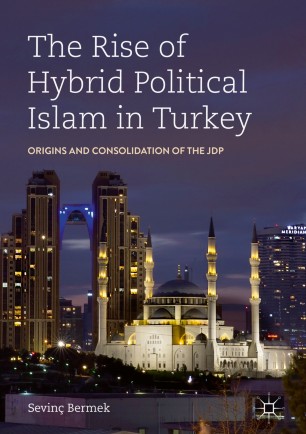 The Rise of Hybrid Political Islam in Turkey

Origins and Consolidation of the JDP

This book charts the economic, social and political rise of the Justice and Development Party (JDP) as well as its political resilience over the last sixteen years. Going beyond the standard dichotomy debate of political Islam versus secularism, the author shows how the JDP, a political party with substantial roots in political Islam, came to power in 2002 as an outcome of the socioeconomic transformation process that started in the country in the 1980s. The book further illustrates how the party consolidated its ruling power by catering to its core constituencies via a multifaceted set of policies that gave rise to the emergence of a powerful political machine. A careful analysis of the JDP’s policy agenda highlights the discrepancy between the party's discourse and its supply of policies. Furthermore, the author shows how the party has skilfully (re-)framed its ideological stance by changing alliances, and in analysing this hybrid ideological framing she presents key underpinnings of the party that paved the way to a fundamental restructuring of the Turkish party system and establishment of a new regime that replaced the old guard. This book will be of interest to academics, graduate students and researchers interested in comparative politics, political science and sociology.

“Many countries have been drifting towards authoritarianism since the beginning of this century but the case of Turkey is one of the more striking. In this insightful book, Bermek examines how an Islamist party captured and consolidated power through openly contested elections before it embraced authoritarianism and one-man rule. She emphasizes the long-standing social and economic cleavages in Turkey and skilfully brings together other factors, including the party’s ability to deliver to its conservative and low-income supporters, to explain its rise and electoral resilience. This book is strongly recommended to those interested in understanding Turkey’s recent transformation and also the rise of authoritarianism around the globe.” (Şevket Pamuk, Bogaziçi University, Istanbul, Turkey)

“This book is a must-read for anyone who wants to understand contemporary Turkish politics. Through a detailed analysis of political party development since the early Republican period, Sevinc Bermek provides an insightful take on the underpinnings of the Turkish political party system and sheds considerable light on the strategies employed by the governing Justice and Development Party to mobilise support.” (Sarah Birch, King’s College London, United Kingdom)

“A timely account of the rise of political Islam in Turkey that goes beyond the debate on secularism and Islam. The book is both academically sophisticated and politically relevant and certainly represents a welcome addition to the literature relating to Turkey, its radicalisation and the consequences of its radicalisation on its international standing.” (Leila Simona Talani, King’s College London, United Kingdom)

“This book argues that what has driven the JDP’s electoral success is not its ideological orientation but rather its addressing of public demands with socioeconomic policies. Accordingly, the party turned to ideology not before but after it consolidated the mass support. Hence, it deals with a significant question for Turkish politics as well as the broader comparative politics literature by engaging with the debates on party alignments, cleavage structures and electoral politics simultaneously and successfully.” (Hüseyin Alptekin, Istanbul Sehir University, Turkey)