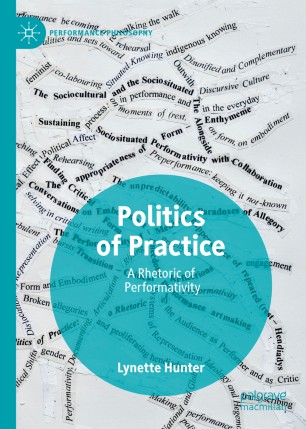 A Rhetoric of Performativity

This book discusses affective practices in performance through the study of four contemporary performers – Keith Hennessy, Ilya Noé, Caro Novella, and duskin drum – to suggest a tentative rhetoric of performativity generating political affect and permeating attempts at social justice that are often alterior to discourse. The first part of the book makes a case for the political work done alongside discourse by performers practising with materials that are not-known, in ways that are directly relevant to people carrying out their daily lives. In the second part of the book, four case study chapters circle around figures of irresolvable paradox – hendiadys, enthymeme, anecdote, allegory – that gesture to what is not-known, to study strategies for processes of becoming, knowing and valuing. These figures also shape some elements of these performances that make up a suggested rhetorical stance for performativity.