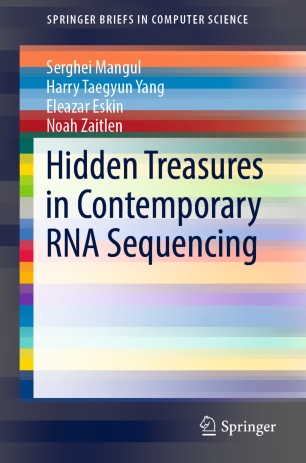 Advances in RNA-sequencing (RNA-seq) technologies have provided an unprecedented opportunity to explore the gene expression landscape across individuals, tissues, and environments by efficiently profiling the RNA sequences present in the samples. When a reference genome sequence or a transcriptome of the sample is available, mapping-based RNA-seq analysis protocols align the RNA-seq reads to the reference sequences, identify novel transcripts, and quantify the abundance of expressed transcripts.
The reads that fail to map to the human reference, known as unmapped reads, are a large and often overlooked output of standard RNA-seq analyses. Even in carefully executed experiments, the unmapped reads can comprise a considerable fraction of the complete set of reads produced, and can arise due to technical sequencing produced by low-quality and error-prone copies of the nascent RNA sequence being sampled. Reads can also remain unmapped due to unknown transcripts, recombined B and T cell receptor sequences, A-to-G mismatches from A-to-I RNA editing, trans-splicing, gene fusion, circular RNAs, and the presence of non-host RNA sequences (e.g. bacterial, fungal, and viral organisms). Unmapped reads represent a rich resource for the study of B and T cell receptor repertoires and the human microbiome system—without incurring the expense of additional targeted sequencing.
This book introduces and describes the Read Origin Protocol (ROP), a tool that identifies the origin of both mapped and unmapped reads. The protocol first identifies human reads using a standard high-throughput algorithm to map them onto a reference genome and transcriptome. After alignment, reads are grouped into genomic (e.g. CDS, UTRs, introns) and repetitive (e.g. SINEs, LINEs, LTRs) categories. The rest of the ROP protocol characterizes the remaining unmapped reads, which failed to map to the human reference sequences.

Dr. Serghei Mangul is a Postdoctoral Fellow at the University of California, Los Angeles, where he holds a Collaboratory Fellowship from the Institute for Quantitative and Computational Biosciences.