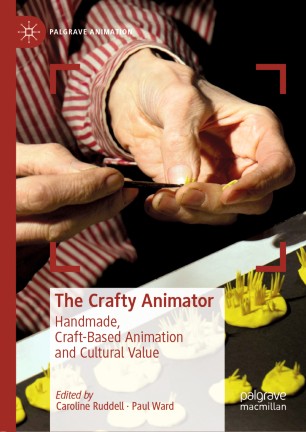 This collection is a study of the value of craft as it can be understood within the study and practice of animation. The book reconsiders the position of craft, which is often understood as inferior to ‘art’, with a particular focus on questions of labour in animation production and gendered practices. The notion of craft has been widely investigated in a number of areas including art, design and textiles, but despite the fact that a wide range of animators use craft-based techniques, the value of craft has not been interrogated in this context until now. Seeking to address such a gap in the literature, this collection considers the concept of craft through a range of varying case studies. Chapters include studies on experimental animation, computer animation, trauma and memory, children’s animation and silhouette animation among others. The Crafty Animator also goes some way to exploring the relationship craft has with the digital in the context of animation production. Through these varied discussions, this book problematizes simplistic notions about the value of certain methods and techniques, working to create a dialogue between craft and animation.