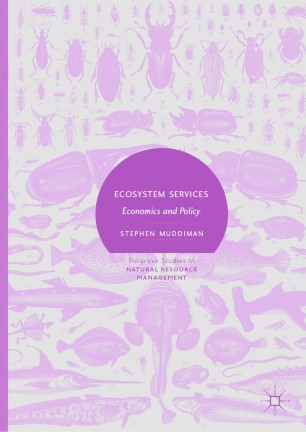 This book bridges the gap between economic and ecological theory and practice. Its main focus is on how the principles of the Austrian School of economics could improve the validity of Ecosystem Services.

The concept of ‘Ecosystem Services’ is a relatively recent innovation in environmental thought. The current system is dependent upon mainstream economic theory, in which monetary and fiscal policy controls the prevailing health of the economy. The dependence on this approach to finance, Muddiman argues, limits the potential of ecosystem services and exacerbates the effects of the existing flawed economic model.

The book highlights the links between ecological and economic methodologies and concepts and outlines how the principles of Austrian Economic theory could provide better environmental outcomes. It then goes on to formulate approaches to ecosystem services which could act as drivers towards a new biodiversity-based economic framework built around distributed ledger technology, or ‘blockchain’. The key distinction of this book is its consideration of ecosystem services as a function of the current economic system. Using this as a starting point it investigates how an alternative economic model would achieve the integration of environmental considerations into economic decision making.

Stephen Muddiman is Senior Research Scientist at Harwood Biology and has over 30 years’ professional experience. His technical skills lie mainly in the areas of entomology and botany. He has described 21 previously unrecognized species of tropical insect. Steve also has extensive experience of Ecological Impact Assessments in the UK and overseas.