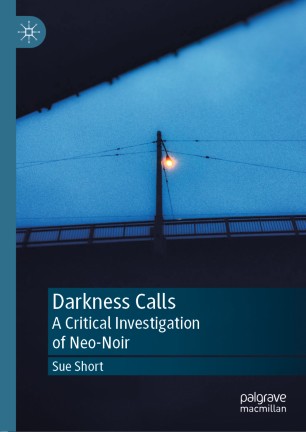 A Critical Investigation of Neo-Noir

This book examines the contrasting forms neo-noir has taken on screen, asking what prompts our continued interest in tales of criminality and moral uncertainty. Neo-noir plots are both familiar and diverse, found in a host of media formats today, and now span the globe. Yet despite its apparent prevalence—and increased academic attention—many core questions remain unanswered. What has propelled noir’s appeal, half a century on after its supposed decline? What has led film-makers and series-creators to rework given tropes? What debates continue to divide critics? And why are we, as viewers, so drawn to stories that often show us at our worst? Referencing a range of films and series, citing critical work in the field—while also challenging many of the assumptions made—this book sets out to advance our understanding of a subject that has fascinated audiences and academics alike. Theories relating to gender identity and neo-noir’s tricky generic status are discussed, together with an evaluation of differing comic inflections and socio-political concerns, concluding that, although neo-noir is capable of being both progressive and reactionary, it also mobilises potentially radical questions about who we are and what we might be capable of.

Sue Short is a lecturer and writer and has an Honorary Research Fellowship at Birkbeck College, University of London, UK. Prior publications include Cyborg Cinema (2004), Misfit Sisters: Screen Horror as Female Rites of Passage (2006), Cult Telefantasy Series (2011) and Fairy Tale and Film: Old Tales with a New Spin (2015).