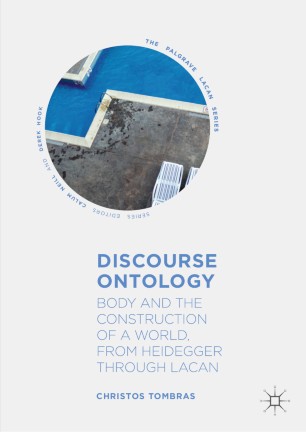 Body and the Construction of a World, from Heidegger through Lacan

This book explores the themes within, and limits of, a dialogue between Martin Heidegger’s philosophy of being and Jacques Lacan’s post-Freudian metapsychology. It argues that a conceptual bridging between the two is possible, and lays the foundations of that bridge, starting with Heidegger and proceeding through the work of Lacan. After presenting an overview of key concepts of Heidegger’s ontology, Tombras sets out an incisive critique of modern science and psychoanalysis, and argues that psychoanalytic theory is vulnerable to this critique. The response comes from Lacan’s re-reading and recasting of fundamental Freudian insights, and his robust post-Freudian metapsychology. A broad discussion of Lacan’s work follows, which reveals its rupture with traditional philosophy, and demonstrates how it builds on and then reaches beyond Heidegger’s critique.

This book is informed by the terminology, insights, concepts, hypotheses, and conclusions of both Heidegger and Lacan. It discusses time and the body in jouissance; the emergence of the divided subject and signifierness; truth, agency and the event; and being and mathematical formalisation. Crucially, Tombras describes the ontological recursive construction of a shared ontic world and discusses the limits and historicity of this world. This book opens up new pathways in the study of ontology and epistemology and will appeal in particular to students and scholars of psychoanalysis and philosophy.

Christos Tombras is a supervising psychoanalyst with a Lacanian orientation, practicing in London, UK. Dr. Tombras is a member of the Centre for Freudian Analysis and Research, UK, and lectures, runs workshops and facilitates reading groups. His main research interest is in a dialogue between continental philosophy and psychoanalysis. He has published in both English and Greek.