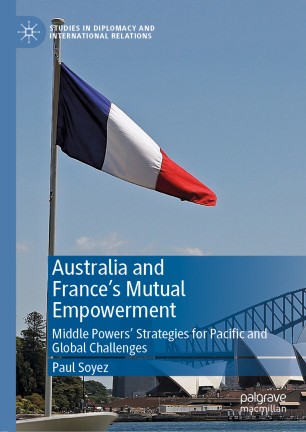 How did France and Australia develop a deep strategic partnership, when only about two decades ago, a group of Australians bombed the French consulate in Perth to protest against French nuclear testing in the Pacific? Which interests, which personalities, which elements of the global context have led France and Australia to engage in a regional and global rapprochement, and what have been the human, economic and political prerequisites which enabled it? This book aims to investigate the dynamics behind this historically ambiguous relationship. More precisely, this study explains why and how France and Australia are currently engaged in a process of strategic and economic mutual empowerment and how this rapprochement has been possible, owing to thirty years of diplomatic efforts to overcome ongoing culturally and historically constructed misunderstandings and conflicts. This book demonstrates how French and Australian foreign policy-makers have understood that, in regard to their numerous common interests, both countries had to mutually empower each other in order to strengthen their own power, regionally and globally. This book argues that these inclusive dynamics of empowerment constitute the response of two diverse middle powers to current global threats and represent a tool suitable for modernising the strategies and practices of both countries’ diplomacies. Soyez’ research is the first to propose an answer to these questions through the development of the French-Australian strategic partnership.
Paul Soyez is a French researcher at the University of Melbourne, Australia and the Paris-Sorbonne University, France. His research analyses the renewal of the French-Australian bilateral relationship since the end of the Cold War. Paul has taught History and International Relations at Sciences Po Paris and the Sorbonne. He is "Professeur agrégé" in History in France.