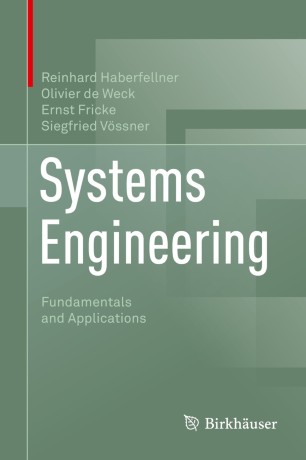 This translation brings a landmark systems engineering (SE) book to English-speaking audiences for the first time since its original publication in 1972. For decades the SE concept championed by this book has helped engineers solve a wide variety of issues by emphasizing a top-down approach. Moving from the general to the specific, this SE concept has situated itself as uniquely appealing to both highly trained experts and anybody managing a complex project. Until now, this SE concept has only been available to German speakers. By shedding the overtly technical approach adopted by many other SE methods, this book can be used as a problem-solving guide in a great variety of disciplines, engineering and otherwise.
By segmenting the book into separate parts that build upon each other, the SE concept’s accessibility is reinforced. The basic principles of SE, problem solving, and systems design are helpfully introduced in the first three parts. Once the fundamentals are presented, specific case studies are covered in the fourth part to display potential applications. Then part five offers further suggestions on how to effectively practice SE principles; for example, it not only points out frequent stumbling blocks, but also the specific points at which they may appear. In the final part, a wealth of different methods and tools, such as optimization techniques, are given to help maximize the potential use of this SE concept.
Engineers and engineering students from all disciplines will find this book extremely helpful in solving complex problems. Because of its practicable lessons in problem-solving, any professional facing a complex project will also find much to learn from this volume.

Reinhard Haberfellner is a professor emeritus at the department of General Management and Organization at Graz University of Technology since 1979. He is one of the founding members of the European school of Systems Engineering, which started at ETH Zürich in Switzerland. His research focus is on organizational methodical aspects of Systems Engineering. He is a member of GfSE and INFORMS.
Ernst Fricke is Vice President of Requirements, Concepts, Integration – Interior at BMW AG. He has held several positions at BMW incl. VP Subline MINI and Department Manager Structural Dynamics, NVH and Vibration Comfort. Earlier he has worked at the start-up CargoLifter GmbH and the Technical University of Munich. He is a Fellow of INCOSE and founding member of GfSE.
Siegfried Voessner is a professor at Graz University of Technology in Austria since 2003. His research focuses on Systems Engineering / Systems Architecture as well as foundations of Modelling and Simulation and their application to socio-technical systems in general. He is chairman of the Institute of Engineering and Business Informatics at the faculty of Mechanical Engineering and Economic Sciences and member of INCOSE, GfSE  and INFORMS.
Olivier de Weck is a professor of Aeronautics and Astronautics and Engineering Systems at MIT since 2001. His research focuses on how technology-enabled systems such as aircraft, spacecraft, consumer products, and critical infrastructures are designed, manufactured, and operated, and how they evolve over time. He is a Fellow of INCOSE and an Associate Fellow of AIAA. From 2013-2018 he served as Editor-in-Chief of the journal Systems Engineering.