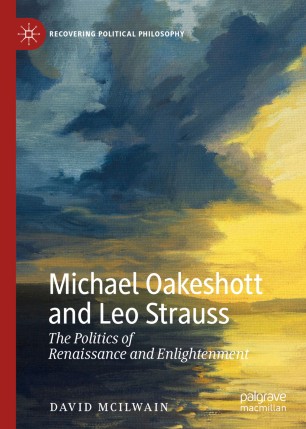 The Politics of Renaissance and Enlightenment

This book compares the thought of Michael Oakeshott and Leo Strauss, bringing Oakeshott’s desire for a renaissance of poetic individuality into dialogue with Strauss’s recovery of the universality of philosophical enlightenment. Starting from the conventional understanding of these thinkers as important voices of twentieth-century conservatism, McIlwain traces their deeper and more radical commitments to the highpoints of human achievement and their shared concerns with the fate of traditional inheritances in modernity, the role and meaning of history, the intention and meaning of political philosophy, and the problem of politics and religion. The book culminates in an articulation of the positions of Oakeshott and Strauss as part of the quarrel of poetry and philosophy, revealing the ongoing implications of their thinking in terms of the profound spiritual and political questions raised by modern thinkers such as Hobbes, Hegel, Nietzsche and Heidegger and leading back to foundational figures of Western civilization including St. Augustine and Socrates.

David McIlwain received his PhD in Politics from Macquarie University, Australia in 2018.

“McIlwain makes an illuminating and original argument that casts a great deal of light on both Strauss and Oakeshott. The writing is excellent, the argument well developed, and the comparison very valuable. Moreover, the establishment of a ‘dialogue’ between the two thinkers is a worthy project that will contribute to the burgeoning literature on both.” (Wayne Cristaudo, Professor, Political Science, Charles Darwin University, USA)