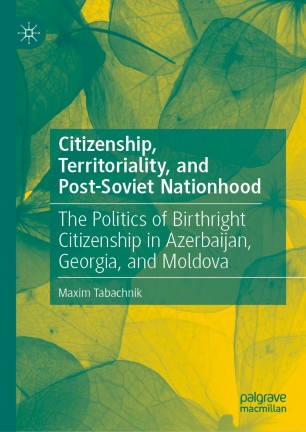 The Politics of Birthright Citizenship in Azerbaijan, Georgia, and Moldova

This book seeks to understand the politics of nationalism in the buffer zone between Russia and the West: Azerbaijan, Georgia, and Moldova, as well as Russia itself. It problematizes the official ways of defining the nation, and thus citizenship, in the light of “frozen” ethno-territorial conflicts and broader geopolitical discrepancies between Russia and the West. The author analyzes the politics of birthright citizenship policy in these countries and rejects the assumed connection between territorial nation-building and liberal democracy. The project will interest academics and graduate students in the fields of comparative and post-Soviet politics, nationalism, and citizenship, and international relations policy professionals.