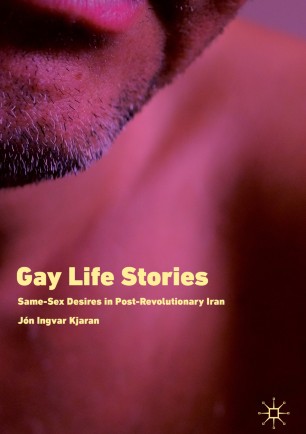 “Jón Ingvar Kjaran examines the complicated embodied experiences of gay-identifying men in Iran, focusing on their agency and the ways in which they carve out meaning in their lives. This is no easy task, since these men must resist both the official homophobic discourses of the state and the personal trauma they endure from family and society. The author shows the regional and class differences with regard to tolerance of a gay lifestyle. While many conservative communities disavow homosexuality and demonize same-sex desire, queer spaces exist in Tehran and other large urban areas where resistance can manifest itself in a variety of forms and where semi-open intimacy can take place. Despite its deep theoretical grounding, this is a highly enjoyable read, full of personal vignettes that will be of interest to both academic audiences and a general public.”

Drawing on ethnographic encounters with self-identified gay men in Iran, this book explores the construction, enactment, and veiling and unveiling of gay identity and same-sex desire in the capital city of Tehran. The research draws on diverse interpretive, historical, online and empirical sources in order to present critical and nuanced insights into the politics of recognition and representation and the constitution of same-sex desire under the specific conditions of Iranian modernity. As it engages with accounts of the persecuted Iranian gay male subject as a victim of the barbarism of the Islamic Republic of Iran, the book addresses interpretive questions of sexuality governance in transnational contexts and attends to issues of human rights frameworks in weighing social justice and political claims made by and on behalf of sexual and gender minorities. The book thus combines empirical data with a critical consideration of the politics of same-sex desire for Iranian gay men.