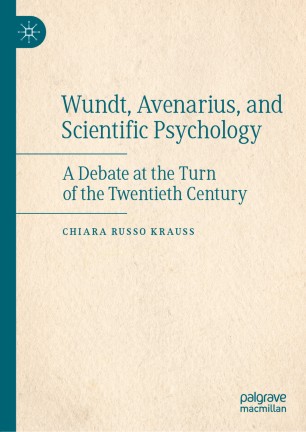 A Debate at the Turn of the Twentieth Century

This book reconstructs the rise and fall of Wilhelm Wundt’s fortunes, focusing for the first time on the role of Richard Avenarius as catalyst for the so-called “positivist repudiation of Wundt.” Krauss specifically looks at the progressive disavowal of Wundtian ideas in the world of scientific psychology, and especially by his former pupils.

This book provides important historical context and a critical discussion of the current state of research, in addition to a detailed consideration of Wundt’s and Avenarius’ systems of thought, as well as on their personal relationship. The author outlines the reception of Avenarius’ conceptions among Wundt’s pupils, such as Külpe, Münsterberg and Titchener, and among other psychologists of the time, such as Ward, James and Ebbinghaus. Finally, this book presents Wundt’s two-fold attempt to respond to the new trend through a criticism of the “materialistic” psychology, and a reformulation of his own ideas.