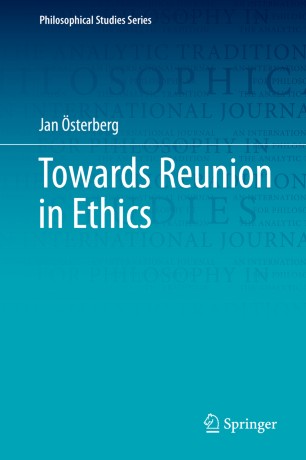 Towards Reunion in Ethics

This posthumous publication attempts to answer the question of what moral code is the most reasonable. Philosophers often turn to consequentialism or deontological ethics to address this issue. As the author points out, each has valid arguments but each is unable to get the other side to agree. To rectify this, he proposes a third way. Inside, readers will discover a theory that tries to do justice to both sides.

Next, the volume considers various ways to solve this conflict. Would rejecting one theory work? Or, is it possible to somehow reconcile them. The author shows why these solutions fail. He then goes on to present his own. The resulting contractual theory brings together the two opposing ethical convictions. It proposes that what is right and wrong depends on what norms people would agree to.Throughout, coverage explores the psychological, sociological, and historical background of the moral theories discussed. The reason is that moral theories are embedded in social and psychological contexts. They are better understood when the contexts are explicit. This key feature distinguishes the volume from other works in moral philosophy.
At the time of his death in July 2011, Jan Österberg was close to completing this manuscript. It was taken up and fully completed by Erik Carlson and Ryszard Sliwinski, both of Uppsala University.