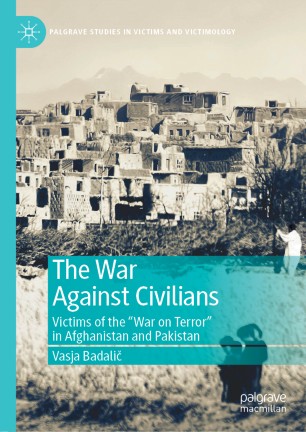 The War Against Civilians

Victims of the “War on Terror” in Afghanistan and Pakistan

This book provides a critical analysis of how the “war on terror” affected the civilian population in Afghanistan and Pakistan. This “forgotten war,” which started in 2001 with the US-led invasion of Afghanistan, has seen more than 212,000 people killed in war-related incidents. Whilst most of the news media shifted their attention to other conflict zones, this war rages on. Badalič has amassed a vast amount of data on the civilian victims of war from both sides of the Durand line, the border between Afghanistan and Pakistan. He conducted interviews in Peshawar, Quetta, Islamabad, Kabul, Jalalabad, and many other cities and villages from 2008 to 2017. His data is mostly drawn from those extensive conversations held with civilian victims of war, Afghan and Pakistani officials, human-rights activists and members of the insurgency.

The book is divided into three parts. The first examines the impact the US-led coalition, Afghan security forces and paramilitary groups had on civilians, with methods of combat such as drone strikes and kill-or-capture missions. The second part focuses on civilian victims of abuses of power by Pakistani security forces, including arbitrary detentions and forced disappearances. In the final part, Badalič explores the impact of unlawful practices used by the armed insurgency – the Afghan Taliban. Overall, the book seeks to tell the story of the civilian victims of the “War on Terror".