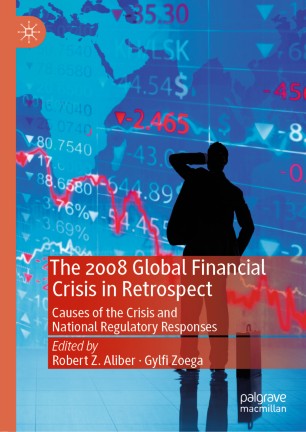 The 2008 Global Financial Crisis in Retrospect

Causes of the Crisis and National Regulatory Responses

This book addresses the causes and consequences of the international financial crisis of 2008. A range of esteemed contributors explore developments in the United States, where the crisis of 2008 originated, as well as the smallest country affected, Iceland, by evaluating developments since 2008. Currently, many countries are facing similar problems as Iceland did in 2008: this book is of interest to economists and policy makers in these countries to study what happened in Iceland, and why the recovery of that economy was strong and swift. The chapters in this book originate from panel discussions and conferences and explore areas including regulation, state projects and inflation.

Robert Z. Aliber received a Bachelor of Arts degree from Williams College (1952) and Bachelor of Arts (1954) and a Master of Arts (1957) from Cambridge University. He received his Ph.D. from Yale University. He has been a staff economist at the Commission on Money and Credit (1959–61) and at the Committee for Economic Development (1961–64). Aliber served as a senior economic advisor at the United States Agency for International Development (1964–65). He was appointed as an associate professor at the University of Chicago in 1964. He is best known for his contribution to the theory of foreign direct investment. He is the author of revised editions of Charles Kindleberger’s Manias, Panics and Crashes(Palgrave Macmillan).
Gylfi Zoega received his first degree at the University of Iceland and a PhD in economics from Columbia University in 1993. He is Professor of Economics at the University of Iceland and Birkbeck College, London, since 1993 and an external member of the Monetary Policy Committee of the Central Bank of Iceland. He has followed the financial crisis in Iceland and taken part in the recovery effort for the past ten years. In addition, he has written a number of academic papers on financial turbulence and capital flows and co-authored the book Preludes to the Icelandic Financial Crash in 2011.