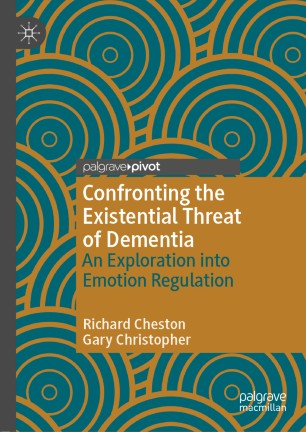 Confronting the Existential Threat of Dementia

An Exploration into Emotion Regulation

This book explores how dementia acts as an existential threat, both to people diagnosed with the condition, and to their carers. The authors highlight how dementia not only gradually erodes our most fundamental abilities, but that it does so at a time of life when the resources of individuals, couples, and families are already stretched. While over time many people who are living with dementia are able to adapt to their diagnosis and acknowledge its impact on them, for many others it remains too threatening and painful to do this. The book draws on examples from clinical practice and experimental studies to argue that a range of responses, such as searching for long-dead parents or clinging to previous identities, all represent ways in which people living with dementia attempt to protect themselves against the emotional impact of the condition. Finally, the authors set out new ways of intervening to boost psychological resources and thereby support people in facing the existential threat of dementia.
Richard Cheston is Professor of Dementia Research at the University of the West of England, UK, and worked as a clinical psychologist in the National Health Service for 25 years. He continues to work clinically with individuals and families living with dementia at the RICE memory clinic in Bath, UK.
Gary Christopher is a senior lecturer at the University of the West of England, UK, and leads the Ageing Well theme of the Psychological Sciences Research Group there. He has published widely on mental health, although his primary research focus is the impact of ageing on cognitive functioning, and in particular, emotion regulation in dementia.