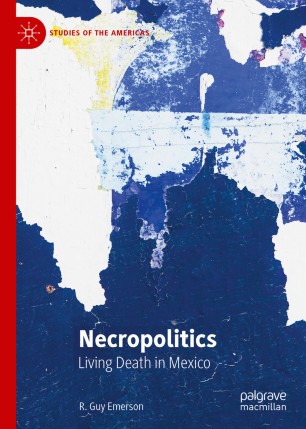 This book offers a contemporary look at violence in Mexico and argues for a recalibration in how necropolitics, as the administration of life and death, is understood. The author locates the forces of mortality directly on the body, rather than as an object of government, thereby placing death in a politics of the everyday. This necropolitics is explored through testimonies of individuals living in towns overrun by organized crime and resistance groups, namely, the autodefensa movement, that operate throughout Michoacán, one of the most violent states in Mexico. This volume studies how individuals and communities go on living not in spite of the death that surrounds life, but more disturbingly by attuning to it.
R. Guy Emerson is Professor at the Department of International Relations and Political Science at the Universidad de las Américas Puebla, Mexico.

R. Guy Emerson is Professor at the Department of International Relations and Political Science at the Universidad de las Américas Puebla, Mexico.

“An original and incisive study of life, death and power in contemporary Mexico, Emerson’s book makes an important contribution to the analysis of biopolitics and necropolitics and to an understanding of the phenomenological modulations of living in the death worlds of Michoacán. A timely, keenly observed and elegantly argued contribution.” (Silvia Posocco, Department of Psychosocial Studies, Birbeck, University of London, UK)
Buy options