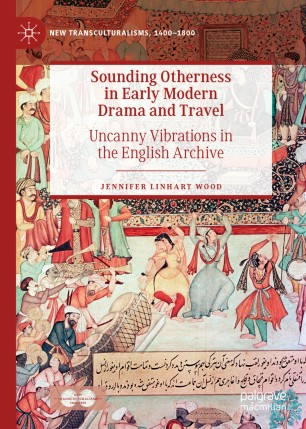 Uncanny Vibrations in the English Archive

Sounds are a vital dimension of transcultural encounters in the early modern period. Using the concept of the soundwave as a vibratory, uncanny, and transformative force, Jennifer Linhart Wood examines how sounds of foreign otherness are experienced and interpreted in cross-cultural interactions around the globe. Many of these same sounds are staged in the sonic laboratory of the English theater: rattles were shaken at Whitehall Palace and in Brazil; bells jingled in an English masque and in the New World; the Dallam organ resounded at Topkapı Palace in Istanbul and at King’s College, Cambridge; and the drum thundered across India and throughout London theaters. This book offers a new way to conceptualize intercultural contact by arguing that sounds of otherness enmesh bodies and objects in assemblages formed by sonic events, calibrating foreign otherness with the familiar self on the same frequency of vibration.