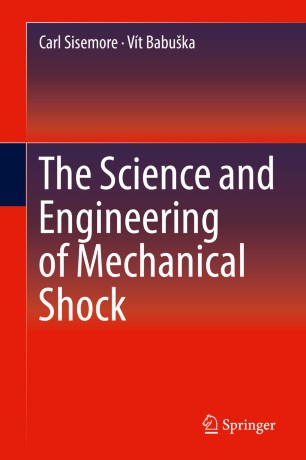 The Science and Engineering of Mechanical Shock

This book fills a unique position in the literature as a dedicated mechanical shock analysis book. Because shock events can be extremely damaging, mechanical shock is an important topic for engineers to understand. This book provides the reader with the tools needed to quantitatively describe shock environments and their damage potential on aerospace, civil, naval and mechanical systems. The authors include the relevant history of how shock testing and analysis came to its current state and a discussion of the different types of shock environments typically experienced by systems. Development of single-degree-of-freedom theory and the theory of the shock response spectra are covered, consistent with treatment of shock spectra theory in the literature.

What is unique is the expansion to other types of spectra including less common types of shock spectra and energy spectra methods using fundamental principles of structural dynamics. In addition, non-spectral methods are discussed with their applications. Non-spectral methods are almost completely absent from the current books on mechanical shock. Multi-degree-of-freedom shock spectra and multi-degree-of-freedom testing are discussed and the theory is developed. Addressing an emerging field for laboratory shock testing, the authors bring together information currently available only in journals and conference publications.