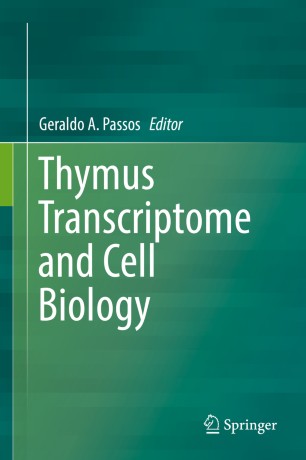 This volume focuses on challenging field in biomedicine that is the genetic control of central immune tolerance. It covers the thymus development, their cellular components and their respective function, the peculiar gene expression profiling (transcriptome) found in the medullary thymic epithelial cells (mTECs) that are implicated in the self-representation in the thymus, the Autoimmune regulator (Aire) gene, the mutations in this gene and manifestation of autoimmune diseases, and the role of cell-cell interactions within the thymus with implications in the negative selection (elimination) of nascent autoreactive T cells in preventing aggressive autoimmunity.

The thymus gland is a lymphoid organ implicated in the maturation, differentiation and selection of T cells. This organ is gained more and more attention in different biomedical research labs worldwide due to its function that is associated with the control of immune homeostasis in the body, establishing the central immune tolerance and preventing the onset of autoimmune diseases.

Geraldo Aleixo Passos received his PhD degree in biochemistry (1988) from Ribeirão Preto Medical School, University of São Paulo, USP, Brazil. His postdoctoral studies were conducted at the Molecular Genetics Institute of Montpellier (CNRS), France (1992-94) with sequencing and physical mapping of the human immunoglobulin lambda locus on chromosome 22q11.2. During several years he worked in close collaboration in the microarray laboratory at Centre d´Immunologie de Marseille-Luminy (CIML, Marseille, France) (1999-2001) and then in the Unité INSERM 1090 in Marseille (2002-17) to study the large-scale gene expression in the thymus.  He is currently Associate Professor (Genetics and Molecular Biology) at School of Dentistry and Ribeirão Preto Medical School (USP, Campus of Ribeirão Preto, Brazil). He is the coordinator of the Molecular Immunogenetics Group. He was the adviser of two PhD theses awarded by Ministry of Education/CAPES: in 2008, one of his students received the CAPES Thesis Award and in 2010, another student received the distinction CAPES Thesis Honor in Genetics.