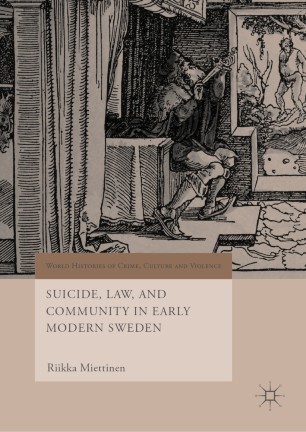 This book explores the judicial treatment of suicides in early modern Sweden, with a focus on the criminal investigation and selective treatment of suicides in the lower courts in the seventeenth and early eighteenth centuries. Riikka Miettinen shows that reactions and attitudes towards suicides varied considerably despite harsh condemnation by officials. The indictment, investigation, and classification of suspected suicides and the mental state of a person already deceased were challenging, and depended on local co-operation and lay testimonies. Not all suicides were considered alike; a widespread view on the heinousness of suicide was not the same as agreement about specific cases, and did not result in uniform handling of them. The social status and local ties of the deceased influenced the interpretations and responses at the local lower courts and communities. Esteemed local community members had a better defence and greater chance to escape the shameful penalties.

Riikka Miettinen is Postdoctoral Researcher in History at the Centre of Excellence in the History of Experiences at Tampere University, Finland.