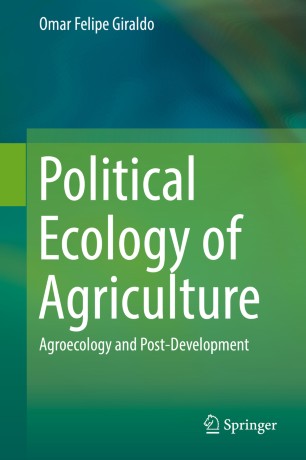 This study discusses an original proposal aimed at critically analyzing the power relations that exist in contemporary agriculture. The author endeavors herein to clarify some of the strategies that industrial agribusiness, in collusion with the state and multilateral structures, sets in motion in order to functionalize the lives of millions of farmers, so that their bodies, enunciations, and sensibilities can be repurposed in accordance with the dynamics of capital accumulation. The argument is based on the idea that agro-extractivism cannot be thought of exclusively as an economic-political and technological system, but as a complex interweaving of cultural meanings, aesthetics, and affections, which, amalgamated under the abstract name of "development", act as a support for the whole system's scaffolding.

The book also explores the other side of the coin, describing how, and under what conditions, social movements are responding to the calamities generated by this model. The central thesis is that many ongoing agroecological processes are providing one of the most interesting guidelines at present for visualizing transitions towards post-development, post-extractivism, and the construction of multiple worlds beyond the sphere of capital.

Political ecology of agriculture joins the calls that question the cultural project of modernity and the predatory sense  imposed by the globalized food empire, and invites recognition of the importance of agroecology in the context of the end of the fossil-fuel era and the likely collapse of our industry-based civilization.

Omar Felipe Giraldo holds a PhD in Agrarian Sciences from the Autonomous University of Chapingo. His thesis was awarded the Arturo Fregoso Urbina Prize for the best doctoral thesis of 2013 and an honorable mention for the Jorge Alonso Prize for the best doctoral thesis in social sciences in Mexico, 2013, awarded by Center for Research and Higher Studies in Social Anthropology (CIESAS) and the University of Guadalajara. He has worked as a postdoctoral researcher and professor of sociology at the National Autonomous University of Mexico, postgraduate professor at the National University of Costa Rica, and guest professor at the National University of Colombia. He has worked in the field of research in environmental thought, political ecology, post-development, and agroecology. He is currently a Conacyt researcher affiliated to El Colegio de la Frontera Sur (ECOSUR) and is part of the National System of Researchers of Mexico. He is the author of numerous articles and the book Utopias in the age of survival. An interpretation of good living (2014) [Utopías en la era de la supervivencia. Una interpretación del Buen Vivir].