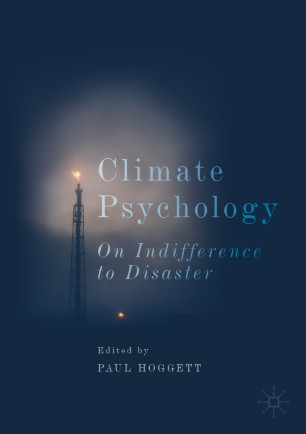 On Indifference to Disaster

Part of the Studies in the Psychosocial book series (STIP)

This book investigates the psycho-social phenomenon which is society’s failure to respond to climate change. It analyses the non-rational dimensions of our collective paralysis in the face of worsening climate change and environmental destruction, exploring the emotional, ethical, social, organizational and cultural dynamics  to blame for this global lack of action.
The book features eleven research projects from four different countries and is divided in two parts, the first highlighting novel methodologies, the second presenting new findings. Contributors to the first part show how a ‘deep listening’ approach to research can reveal the anxieties, tensions, contradictions, frames and narratives that contribute to people’s experiences, and the many ways climate change and other environmental risks are imagined through metaphor, imagery and dreams. Using detailed interview extracts drawn from politicians, scientists and activists as well as ordinary people, the second part of the book examines the many different ways in which we both avoid and square up to this gathering disaster, and the many faces of alarm, outrage, denial and indifference this involves.
Paul Hoggett is Emeritus Professor of Social Policy at the University of West England, UK. Paul is the co-founder of the Climate Psychology Alliance, is a psychoanalytic psychotherapist and has worked as a group relations consultant over many years.