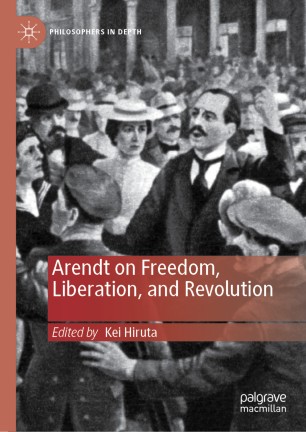 Arendt on Freedom, Liberation, and Revolution

This edited volume focuses on what Hannah Arendt famously called “the raison d’être of politics”: freedom. The unique collection of essays clarifies her flagship idea of political freedom in relation to other key Arendtian themes such as liberation, revolution, civil disobedience, and the right to have rights.

In addressing these, contributors to this volume juxtapose Arendt with a number of thinkers from Isaiah Berlin, John Rawls and Philip Pettit to Karl Marx, Frantz Fanon and Geoffroy de Lagasnerie. They also consider the continuing relevance of Arendt’s work to some of the most dramatic events in recent years, including the current global refugee crisis, the Arab uprisings of the 2010s, and the ongoing crisis of liberal democracy in the West and beyond.