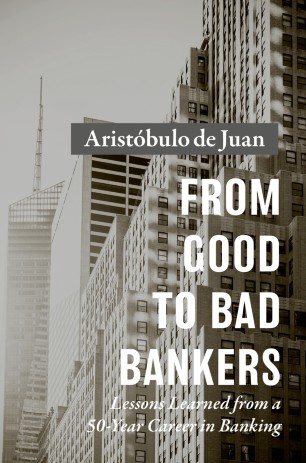 From Good to Bad Bankers

Lessons Learned from a 50-Year Career in Banking

Bankers are administrators of other people’s money, and they are responsible both to their depositors and to other stakeholders.  Human nature being what it is, however, they sometimes fall prey to overweening ambition, coming to see themselves as the rightful beneficiaries of the moneys entrusted to them.  This can lead them to make poor lending decisions and engage in risky practices, eventually moving on to cosmetic accounting and the concealment of problems, speculation and even outright fraud.

Supervisors are there to prevent such behaviour, of course. They are responsible to government and the general public alike for the stability of the financial system, the proper allocation of financial resources by the banks and the protection of depositors and creditors.  Their responsibility is, then, subsidiary to that of the bankers themselves.

Where supervision is lax and ineffective, however, it encourages bad management by bankers, creating a vicious circle that eventually leads to financial crises, which has most often to be cured using tax-payers’ money. Of course, it also hurts the broader economy. That is why the inseparable trio of regulation, supervision and resolution must exist.

In this collection of his writings over a period of some 50 years, Aristóbulo de Juan describes the causes, characteristics and consequences of financial crises based on his own experience as a central banker, world bank expert and consultant spanning a career of more than 55 years.

In a nutshell, the papers brought together in this book recount circumstances that have always plagued banking, and that are only too likely to recur in the future.