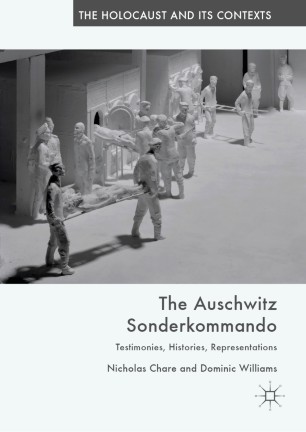 This book is the first to bring together analyses of the full range of post-war testimony given by survivors of the Sonderkommando of Auschwitz-Birkenau. The Auschwitz Sonderkommando were slave labourers in the gas chambers and crematoria, forced to process and dispose of the bodies of those who were murdered. They have been central to a number of key topics in post-war debates about the Shoah: collaboration, moral compromise and survival, resistance, representation, and the possibility of bearing witness. Their testimony however has mostly met with a reluctance to engage in depth with it. Moving from testimonies produced within the event, the Scrolls of Auschwitz and the Sonderkommando photographs, to testimonies given at trials and for video archives, and to the paintings of David Olère and the film Shoah by Claude Lanzmann, this book demonstrates the importance of their witnessing in the post-war memory of the Holocaust, and provides vital new insights into the questions of representation, memory, gender, and the Shoah.

Nicholas Chare is Associate Professor of Art History in the Department of History of Art and Film Studies at the Université de Montréal, Canada.

Dominic Williams is the Montague Burton Fellow in Jewish Studies at the University of Leeds, UK. He has published articles in Contemporary Women’s Writing, RACAR and Holocaust Studies. He is co-editor (with Fabio A. Durão) of Modernist Group Dynamics: The Politics and Poetics of Friendship (2008).

Together they have co-authored Matters of Testimony: Interpreting the Scrolls of Auschwitz (2016) and co-edited Representing Auschwitz: At the Margins of Testimony (Palgrave, 2013) and Testimonies of Resistance (2019).