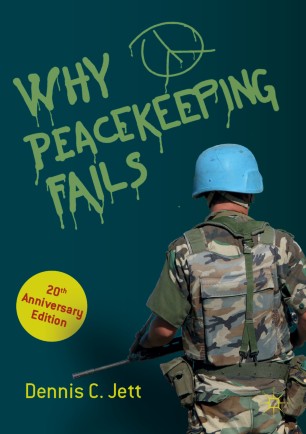 In this thoroughly revised edition of his bestselling 1999 volume Why Peacekeeping Fails, Dennis Jett explains why peacekeepers today are dying in record numbers while engaged in operations that either are bound to fail or make little contribution to peace. The original book compared a wide range of peacekeeping experiences, including the unsuccessful attempt at peacekeeping in Angola with the successful effort in Mozambique in the early 1990’s, to argue for the importance of peacekeeping and suggest ways to improve its chances for success. Nearly two decades later, the number of UN peacekeepers has risen to 100,000 from 15,000; and yet, after years of expansion, support for peacekeeping seems to be diminishing. This thoroughly revised and updated 20th anniversary edition—half of which is completely new material—provides a timely update to Jett’s previous volume, examining why the dramatic growth in peacekeeping has occurred, how it is now being used, and why the challenges peacekeepers face cannot be dealt with alone. Also considering the impact of terrorism on both recent and longstanding peacekeeping operations, this book will assess the prospects of peacekeeping in an era in which the United States seems to be withdrawing from the world.