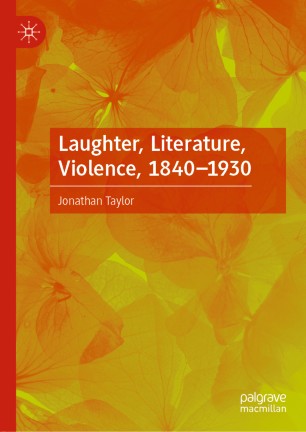 "It's all here, everything, everything that has ever made someone laugh: Charlie Chaplin, Monty Python, sex, gas, dreams, ourang-outangs, the English, machines, mud, God, death, war, philosophy.  In short: this is all but the last word on laughter – all but the last laugh, someone might say" — Professor John Schad, Lancaster University, UK

"A provocative study of comic effects that are central to the reader's response yet overlooked by literary critics. Taylor's writing is both scholarly and entertaining, as he anatomises the links between laughter, cruelty and violence. His insights into the relationship between the hybridity of laughter and the generic hybridity of short story and memoir will be invaluable to scholars of both of these forms" — Professor Ailsa Cox, Edge Hill University, UK

"Laughter, Literature, Violence, 1840-1930 treats the relationship between laughter and violence, and between conflicting emotions and incongruous feelings. This scholarly captivating study reflects upon the “hybrid” nature of humour by using works penned by American and British writers such as Edgar Allan Poe, Edmund Gosse, Wyndham Lewis and Katherine Mansfield. Deftly moving between philosophy and literature, Jonathan Taylor tackles the ambivalent implications of comedy against the grain of standard approaches to the idea of “amusement”. This book engages with recent scholarship, but – at the same time – offers a different perspective to the relationship between the literary and the humoristic, presenting an extensive treatment of the subject in a period ranging from the nineteenth century to Modernism." — Saverio Tomaiuolo, Associate Professor of English Literature and Language, Cassino University, Italy.