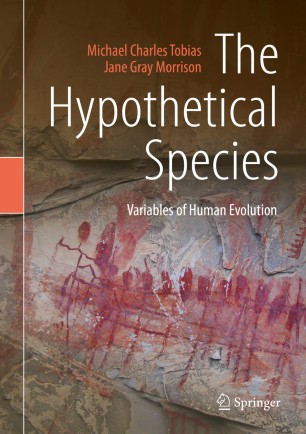 This book is a provocative and invigorating real-time exploration of the future of human evolution by two of the world’s leading interdisciplinary ecologists – Michael Charles Tobias and Jane Gray Morrison. Steeped in a rich multitude of the sciences and humanities, the book enshrines an elegant narrative that is highly empathetic, personal, scientifically wide-ranging and original. It focuses on the geo-positioning of the human Self and its corresponding species. The book's overarching viewpoints and poignant through-story examine and powerfully challenge concepts associated historically with assertions of human superiority over all other life forms. Ultimately, The Hypothetical Species: Variables of Human Evolution is a deeply considered treatise on the ecological and psychological state of humanity and her options – both within, and outside the rubrics of evolutionary research – for survival. This important work is beautifully presented with nearly 200 diverse illustrations, and is introduced with a foreword by famed paleobiologist, Dr. Melanie DeVore.

Michael Charles Tobias and Jane Gray Morrison, partners who between them have authored over 50 books and written, directed and produced some 170 films, a prolific body of work that has been read, translated and/or broadcast around the world, have been married for more than thirty years. Their field research across the disciplines of aesthetics, comparative literature, anthropology, the history of science and philosophy, ecology and ethics, in nearly 100 countries, has served as a telling example of what two people – deeply in love with one another – can accomplish in spreading that same unconditional love to others – of all species.