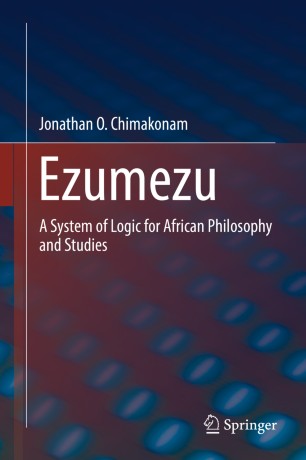 A System of Logic for African Philosophy and Studies

The issue of a logic foundation for African thought connects well with the question of method. Do we need new methods for African philosophy and studies? Or, are the methods of Western thought adequate for African intellectual space? These questions are not some of the easiest to answer because they lead straight to the question of whether or not a logic tradition from African intellectual space is possible. Thus in charting the course of future direction in African philosophy and studies, one must be confronted with this question of logic. The author boldly takes up this challenge and becomes the first to do so in a book by introducing new concepts and formulating a new African culture-inspired system of logic called Ezumezu which he believes would ground new methods in African philosophy and studies. He develops this system to rescue African philosophy and, by extension, sundry fields in African Indigenous Knowledge Systems from the spell of Plato and the hegemony of Aristotle. African philosophers can now ground their discourses in Ezumezu logic which will distinguish their philosophy as a tradition in its own right. On the whole, the book engages with some of the lingering controversies in the idea of (an) African logic before unveiling Ezumezu as a philosophy of logic, methodology and formal system. The book also provides fresh arguments and insights on the themes of decolonisation and Africanisation for the intellectual transformation of scholarship in Africa. It will appeal to philosophers and logicians—undergraduates and post graduate researchers—as well as those in various areas of African studies.

Jonathan O. Chimakonam Ph.D, was a senior lecturer (2016-2018) at the University of Calabar, Nigeria but is now at the University of Pretoria, South Africa. He was a Research Associate at the University of Johannesburg (2017-2018). His teaching and research interests cover the areas of African Philosophy, Logic, Environmental Ethics and Postmodern/postcolonial thought. He aims to break new grounds in African philosophy by formulating a system that unveils new concepts and opens new vistas for thought (Conversational philosophy); a method that represents a new approach to philosophising in African and intercultural philosophies (Conversational thinking); and a system of logic that grounds them both (Ezumezu). His articles have appeared in refereed and accredited international journals. He is editor of some books including the award winning Existence and Consolation: Reinventing Ontology, Gnosis and Values in African Philosophy (by Ada Agada), Minnesota: Paragon House, 2015 (CHOICE Outstanding Academic Title Award, 2015); Atuolu Omalu: Some Unanswered Questions in Contemporary African Philosophy (Lanham: University Press of America, 2015); African Philosophy and Environmental Conservation (London: Routledge, 2017); African Philosophy and the Epistemic Marginalisation of Women (London: Routledge, 2018, with Louise du Toit); Ka Osi So Onye: African Philosophy in the Post Modern Era (Delaware: Vernon Press, 2018, with Edwin Etieyibo); The Death Penalty from an African Perspective…(Delaware: Vernon Press, 2017, with Fainos Mangena). He is the convener of the professional African philosophy society, The Conversational School of Philosophy (CSP) and the founding editor of Filosofia Theoretica: Journal of African Philosophy, Culture and Religions. He is winner of Jens Jacobsen Research Award for Outstanding Research in Philosophy by the International Society for Universal Dialogue. He is African philosophy Area Editor in the Internet Encyclopedia of Philosophy. Jonathan is working on a new manuscript in African philosophy.

“The text shines a brilliant spotlight on African knowledge, philosophy, and intellectual endogeneity from one of Africa’s leading philosophers. Summing Up: Highly recommended. All readership levels.” (G. Emeagwali, Choice, Vol. 57 (9), 2020)