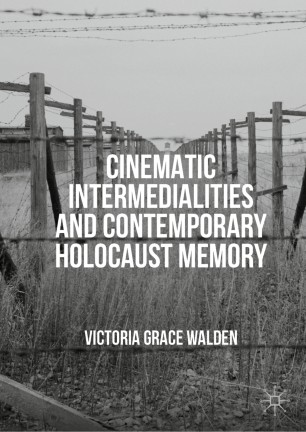 This book explores the growing trend of intermediality in cinematic representations of the Holocaust. It turns to the in-betweens that characterise the cinematic experience to discover how the different elements involved in film and its viewing collaborate to produce Holocaust memory. Cinematic Intermedialities is a work of film-philosophy that places a number of different forms of screen media, such as films that reassemble archive footage, animations, apps and museum installations, in dialogue with the writing of Deleuze and Guattari, art critic-cum-philosopher Georges Didi-Huberman and film phenomenologies. The result is a careful and unique examination of how Holocaust memory can emerge from the relationship between different media, objects and bodies during the film experience. This work challenges the existing concentration on representation in writing about Holocaust films, turning instead to the materials of screen works and the spectatorial experience to highlight the powerful contribution of the cinematic to Holocaust memory.

Victoria Grace Walden is a teaching fellow at the University of Sussex, UK. She has published numerous articles about Holocaust animation and memory, and has several years’ experience working in Holocaust education.