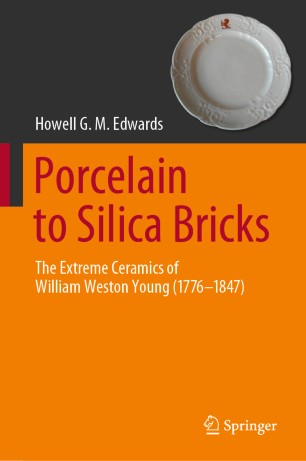 The title of this book describes the two extremes of ceramic invention from aesthetically beautiful and decorative works of art that graced the tables of the aristocracy to the functional silica brick that lined the smelting furnaces of industrialised nations in the 19th century designed to produce iron, copper and glass. Both of these ceramics are linked to one man, William Weston Young (1776-1847) and with his contemporaries both of these ceramic extremes became world leaders in their own right. The book traces the history of Young and his ambitions, his interactions with numerous associates and the influence these ceramics attained in 19th century society.

The book provides a sequel to the two preceding texts on Nantgarw and Swansea porcelains (also published by Springer), which cover one extreme and extends the discourse onto the other extreme, which until now has been relatively ignored despite its scientific and engineering importance. The trilogy has now therefore been completed. This book examines the historical documentation along with scientific analytical data from the last 100 years up to the present in a novel holistic forensic approach.