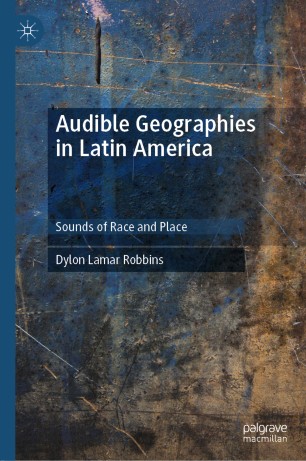 Sounds of Race and Place

Audible Geographies in Latin America examines the audibility of place as a racialized phenomenon. It argues that place is not just a geographical or political notion, but also a sensorial one, shaped by the specific profile of the senses engaged through different media. Through a series of cases, the book examines racialized listening criteria and practices in the formation of ideas about place at exemplary moments between the 1890s and the 1960s. Through a discussion of Louis Moreau Gottschalk’s last concerts in Rio de Janeiro, and a contemporary sound installation involving telegraphs by Otávio Schipper and Sérgio Krakowski, Chapter 1 proposes a link between a sensorial economy and a political economy for which the racialized and commodified body serves as an essential feature of its operation.  Chapter 2 analyzes resonance as a racialized concept through an examination of phonograph demonstrations in Rio de Janeiro and research on dancing manias and hypnosis in Salvador da Bahia in the 1890s. Chapter 3 studies voice and speech as racialized movements, informed by criminology and the proscriptive norms defining “white” Spanish in Cuba. Chapter 4 unpacks conflicting listening criteria for an optics of blackness in “national” sounds, developed according to a gendered set of premises that moved freely between diaspora and empire, national territory and the fraught politics of recorded versus performed music in the early 1930s. Chapter 5, in the context of Cuban Revolutionary cinema of the 1960s, explores the different facets of noise—both as a racialized and socially relevant sense of sound and as a feature and consequence of different reproduction and transmission technologies. Overall, the book argues that these and related instances reveal how sound and listening have played more prominent roles than previously acknowledged in place-making in the specific multi-ethnic, colonial contexts characterized by diasporic populations in Latin America and the Caribbean.

Dylon Lamar Robbins is Assistant Professor of Spanish and Portuguese at New York University, USA. He has published on Brazilian and Cuban cinema and music, the documentary and materiality, polyrhythm and temporality, spirit possession and political subjectivity, torture, pornography, cannibalism, and anthropophagy, as well as on visual culture and war in the United States in 1898.