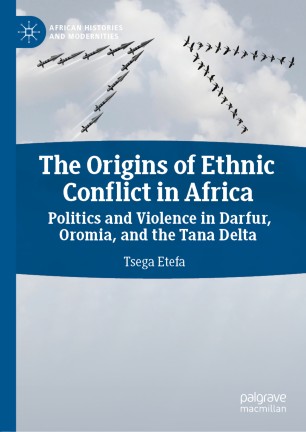 The Origins of Ethnic Conflict in Africa

Politics and Violence in Darfur, Oromia, and the Tana Delta

From Darfur to the Rwandan genocide, journalists, policymakers, and scholars have blamed armed conflicts in Africa on ancient hatreds or competition for resources. Here, Tsega Etefa compares three such cases—the Darfur conflict between Arabs and non-Arabs, the Gumuz and Oromo clashes in Western Oromia, and the Oromo-Pokomo conflict in the Tana Delta—in order to offer a fuller picture of how ethnic violence in Africa begins. Diverse communities in Sudan, Ethiopia, and Kenya alike have long histories of peacefully sharing resources, intermarrying, and resolving disputes. As he argues, ethnic conflicts are fundamentally political conflicts, driven by non-inclusive political systems, the monopolization of state resources, and the manipulation of ethnicity for political gain, coupled with the lack of democratic mechanisms for redressing grievances.