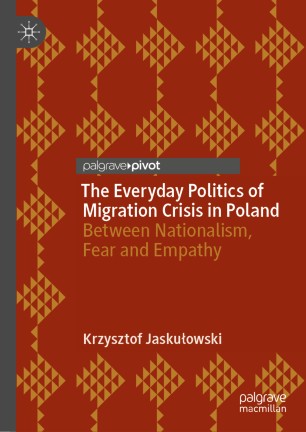 The Everyday Politics of Migration Crisis in Poland

Between Nationalism, Fear and Empathy

This book explores attitudes towards migrants and refugees from North Africa and the Middle East during the so-called migration crisis in 2015-2016 in Poland. Beginning with an examination of Polish government policy and the discursive construction of refugees in the media, politics and popular culture, it argues that they identified refugees with Muslims, who were deemed to pose a threat to the Polish nation. This analysis establishes the Islamophobic public discourse which is shown to be variously reproduced, negotiated and contested in the nuanced study of Polish attitudes which follows. Drawing on original qualitative research and constructivist theory, the book examines differing stances towards refugees in the context of the lay understanding of the Polish nation and its boundaries. In doing so it demonstrates the influence of discourses that draw on an exclusionary concept of national identity and the potential for them to be mobilised against immigrants. This timely, theory-based case study will provide a valuable resource for students and scholars of Central and Eastern European politics, nationalism, race, migration and refugee studies.
Krzysztof Jaskułowski is Associate Professor at SWPS University of Social Sciences and Humanities, Poland. His research interests include nationalism, migration studies, and the politics of memory.