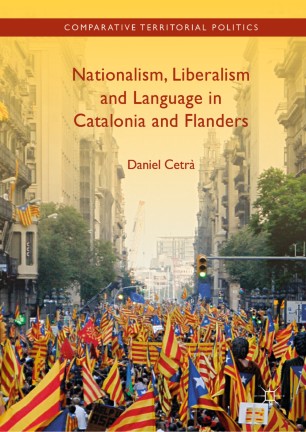 Nationalism, Liberalism and Language in Catalonia and Flanders

Is liberalism really compatible with nationalism? Are there limits to linguistic nation-building policies? What arguments justify the imposition of national languages? This book addresses these questions by examining the linguistic disputes in Catalonia and Flanders, two major cases of sub-state nationalism. The book connects two strands of arguments: the political arguments around contested linguistic policies, drawing on a rich set of primary and secondary sources, and the theoretical arguments around liberalism and nationalism. The study also compares the historical trajectory and political dynamics of Catalan and Flemish nationalism. It shows that the relationship between language and nationhood is politically constructed through state nation-building and minority activism. The findings highlight the relevance and pervasiveness of nationalism in contemporary social and political life. This book will appeal to scholars and upper-level students interested in nationalism, contemporary political theory, the politics of language, and comparative territorial politics.
​Daniel Cetrà is Research Fellow at the University of Aberdeen and the Centre on Constitutional Change, Edinburgh, UK. He specialises in nationalism, independence movements and minority rights.