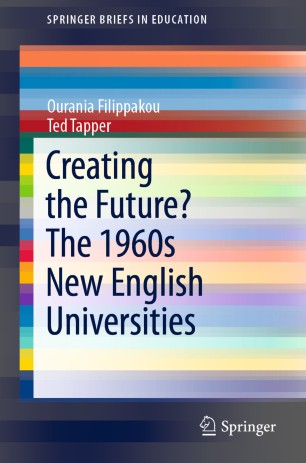 This book examines the developments of the UK Higher Education system, from a time of donnish dominion, progressive decline and the increasing role of the market via the introduction of tuition fees. It offers a protracted empirical analysis of the seven new English universities of the 1960s: the Universities of East Anglia, Essex, Kent, Lancaster, Sussex, Warwick and York. It explores the creation of these universities and investigates how they each responded to a number of centrally-imposed initiatives for change in UK higher education that have emerged since their foundation. It discusses changes in system governance and how the Higher Education policies it generated have impacted upon a particular segment of the English university model. Divided into three parts, the book first deals with such topics as the control the University Grants’ Committee exercised in its heyday and how they initiated the launch of new universities. It then examines policy initiatives on government cuts on grants, research assessment exercises, quality assurance procedures and student tuition fees. The last part takes a broader approach to change by studying the significance and demise of Mission Groups, a changing system of Higher Education and more general changes regarding the state, the market and governance.