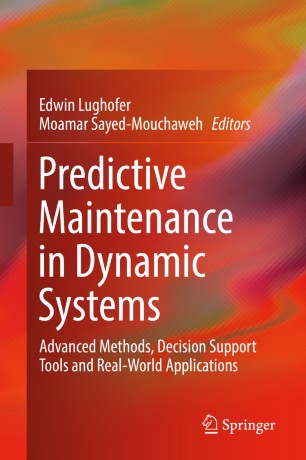 Edwin Lughofer received his PhD-degree from the Johannes Kepler University Linz (JKU) in 2005. He is currently Key Researcher with the Fuzzy Logic Laboratorium Linz / Department of Knowledge-Based Mathematical Systems (JKU) in the Softwarepark Hagenberg. He has participated in several basic and applied research projects on European and national level, with a specific focus on topics of Industry 4.0 and FoF (Factories of the Future). He has published around 200 publications in the fields of evolving fuzzy systems, machine learning and vision, data stream mining, chemometrics, active learning, classification and clustering, fault detection and diagnosis, quality control and predictive maintenance, including 80 journals papers in SCI-expanded impact journals, a monograph on ’Evolving Fuzzy Systems’ (Springer) and an edited book on ’Learning in Non-stationary Environments’ (Springer). In sum, his publications received 4200 references achieving an h-index of 36. He is associate editor of the international journals Information Sciences, IEEE Transactions on Fuzzy Systems, Evolving Systems, Information Fusion, Soft Computing and Complex and Intelligent Systems, the general chair of the IEEE Conference on EAIS 2014 in Linz, the publication chair of IEEE EAIS 2015, 2016, 2017 and 2018, the program co-chair of the International Conference on Machine Learning and Applications (ICMLA) 2018, the tutorial chair of IEEE SSCI Conference 2018, the publication chair of the 3rd INNS Conference on Big Data and Deep Learning 2018, and the Area chair of the FUZZ-IEEE 2015 conference in Istanbul. He co-organized around 12 special issues and more than 20 special sessions in international journals and conferences. In 2006 he received the best paper award at the International Symposium on Evolving Fuzzy Systems, in 2013 the best paper award at the IFAC conference in Manufacturing Modeling, Management and Control (800 participants) and in 2016 the best paper award at the IEEE Intelligent Systems Conference.